Friends Event: The Concept of God in the Bhagavadgita: Hindu Views and Christian Responses

Each speaker will give a short presentation in response to the text of the Gita.

Ramesh Pattni will show how the Gita has been read by a variety of Hindu traditions to depict God in different ways. Is Krishna in his highest essence a divine being beyond personhood, a divine person coextensive with all creation or as first among equals, one divine person among many? After Ramesh has set out the different views that can be derived from the Gita, he will speak about his chosen interpretation and his devotional relationship to the words of Krishna.

Kate Wharton will respond by speaking about her experience of first encountering the Gita and how it inspired her to become involved in inter religious dialogue. In her work for the Archbishop of Canterbury, she has curated many discussions on the Gita, particularly drawing on the Sri Vaishnava tradition. In 2010, she organised a dialogue between the Archbishop and five Hindu swamis in India and several passages from the Gita were key to the discussion. Kate will present slides from these events and talk about how the Gita continues to influence her in her work.

Each speaker will speak for 10–15 minutes with time for discussion.

Dr Kate Wharton has a PhD in the interpretation of the Upanisads from SOAS University of London and has worked for three and a half years for the Archbishop of Canterbury Rowan Williams. She studied Sanskrit in Mysore and is very interested in the theology of Ramanuja. Ramesh Pattni is Inter Faith Chair for the Hindu Forum of Britain, Co-Chair of the national Hindu Christian Forum and a leading member of the Chinmaya Mission. He is currently studying for his PhD in the interpretation of the Yoga Sutras at Oxford University. 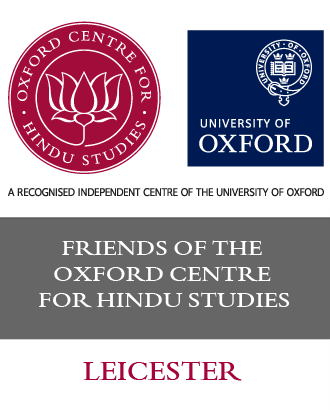