Peggy Morgan was a former Honorary President of the British Association for the Study of Religions (2000-2003), and is today Lecturer in Study of Religions at Mansfield College, Oxford. She has degrees in both theology and religious studies, and has been involved not only in education in a variety of arenas, including schools, continuing education, and distance learning degrees, but also in interfaith dialogue at various local, national and international levels.

She is a former chair of the Shap Working Party on World Religions in Education, and of The Trustees of the International Interfaith centre, of which she is now a patron. Between September 1996 and May 2002, she was also Director of The Religious Experience Research Centre.

Peggy Morgan’s key research areas are Contemporary Buddhism, but she has also written widely about ethics in religious traditions and religions in the modern world. 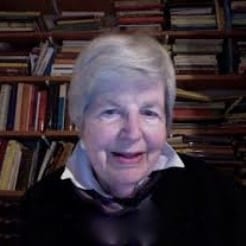