Former OCHS Academic Director, Prof. Joseph (Joe) O’Connell, passed away on Sunday 6 May at the age of 72, following a brain haemorrhage while in New York. He was born in Boston in 1940.

In 1999–2000 Professor O’Connell was the Academic Director at the Oxford Centre for Hindu Studies since which time he has also been a Senior Associate Fellow of the Centre. He revisited the Centre as a visiting fellow in 2001 and once more in the spring of 2011.

He was an exceptional scholar, who did much for the study of Gaudiya Vaishnavism since his PhD in the 1950s on the social aspects of the Chaitanya movement. He has published widely on the history of Vaishnavism in Bengal, and on the social and ethical issues in the tradition.

Joe was Professor Emeritus in the Department of Religion at the University of Toronto after more than three decades as Professor of Hinduism, and in the last decade was a visiting professor at the University of Dhaka, Bangladesh, where he was instrumental in the development of a department of World Religions – a discipline that is largely non-existent in South Asia. He is survived by his wife, Kathleen O’Connell (a very fine scholar and OCHS Visitng Fellow herself), a daughter and two sons.

He is remembered by OCHS colleague, Dr Kenneth Valpey, as, “a wonderfully personable and genuinely helpful soul. I was always amazed at how much he would go out of his way to spend time reading things I had drafted and give detailed – ever so detailed – helpful comments and suggestions. In his presence, one always felt that scholarship is one of the most fun, worthwhile, and ‘humanistic’ things to do with life.”

Another colleague, Dr Ravi Gupta, remembers, ‘perhaps the most important thing that I learned from his work was not about the content of his scholarship, but rather the manner in which he pursued that scholarship. Joseph carried a deep respect for the people and traditions he studied. He listened to those whom he studied, gave them the benefit of the doubt, and worked with them to bring about effective change where it was needed. He demonstrated a mode of Religious Studies scholarship where the practitioner is not a patient to be cured, but a collaborator in a shared quest to understand our world.’

Joe was known to all at the OCHS as a true gentleman and a man of integrity and character. He has been a friend to the Centre and mentor to many of its staff, scholars and students and will be missed greatly.

The OCHS will host a memorial lunch for Prof. O’Connell on Wednesday 16 May. 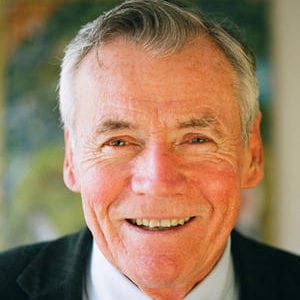