OCHS fellow, Ferdinando Sardella, has published a new book, Modern Hindu Personalism, in which he explores the life and works of Bhaktisiddhanta Sarasvati (1874-1937), a Vaishnava guru of the Chaitanya school of Bengal. Ferdinando Sardella examines Bhaktisiddhanta’s background, motivation and thought, especially as it relates to his creation of a modern traditionalist institution for the successful revival of Chaitanya Vaishnava bhakti. Sardella provides the historical background as well as the contemporary context of the India in which Bhaktisiddhanta lived and functioned, in the process shedding light on such topics as colonial culture and sensibilities, the emergence of an educated middle-class, the rise of the Bengal Renaissance and the challenge posed by Protestant missionaries.

Bhaktisiddhanta’s childhood, education and major influences are examined, as well as his involvement with Chaitanya Vaishnavism and the practice of bhakti. Sardella places Bhaktisiddhanta’s life and work within a taxonomy of modern Hinduism and compares the significance of his work to the contributions of other major figures such as Swami Vivekananda. Finally, Bhaktisiddhanta’s work is linked to the development of a worldwide movement that today involves thousands of American and European practitioners, many of whom have become respected representatives of Chaitanya bhakti in India itself.

OCHS academic director, Gavin Flood says “Modern Hindu Personalism is a significant contribution to scholarship not only of the modern Gaudiya Vaisnava movement but also of the religious history of Bengal within the last half of the colonial period. Adding greatly to our understanding of the development of Hinduism in the late nineteenth and early twentieth centuries in the context of colonialism and a rising Indian nationalism, this book should be widely read by scholars of the history of colonial India and religion.” 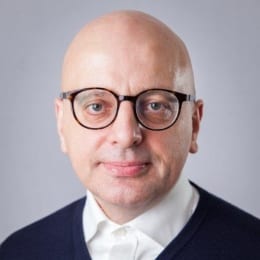