Prof. M.N. Narasimhachary passed away in Chennai on Wednesday 6 March 2013. Here he is remembered by Dr Ravi Gupta…

Some thirteen years ago, I met Prof. M. Narasimhachary for the first time when he arrived as a visiting professor at the Oxford Centre for Hindu Studies. That fortunate encounter changed my life in more ways that I can describe. In the years that have passed, Prof. Narasimhachary served as my doctoral examiner, wrote a reference for my first job, offered advice on all my writing projects, attended my wedding, and showered blessings on the births of both my boys. But more importantly, Prof. Narasimhachary was for me a life-long mentor, a loving well-wisher, and a model of Vaishnava scholarship.

Prof. Narasimhachary’s depth of knowledge was breathtaking. In Oxford I met with him several times a week to read Sanskrit texts. Every phrase that he read became a doorway to an entire area of Sanskrit learning. When that door was opened – perhaps by a well-timed question, or a fortuitous recollection – streams of wisdom would flow, leading to explorations of Vedānta, Sāṁkhya, rasa-śāstra, Kālīdāsa, and numberless other themes.

Knowledge of this caliber sets a person apart from others. Yet Prof. Narasimhachary’s most noteworthy quality was that he used his scholarship to win people’s hearts, not to create distance. On his students especially, he showered affection like a father, asking about their welfare and maintaining contact with them throughout his life. No student’s concern was ever too small for him. His humility was endearing. I recall once expressing amazement at the extent of his knowledge. He responded by saying, “My knowledge is like that of a glowworm. You should hear about my teacher,” whom he described with great humility.

Perhaps the deepest impression that Prof. Narasimhachary had on me was how effortlessly he balanced – indeed, embodied – the dual responsibilities of scholar and practitioner. He wore his Vaiṣṇava tilaka with dignity as he lectured in public and yet did not hesitate to engage in historical critical scholarship. He expressed his devotion deeply in his poetry and his daily practice, and yet engaged comfortably with colleagues and students in a secular environment. He was as comfortable in Western universities as he was in Śrīvaiṣṇava Maṭhas. He embodied the best of both worlds, and that is a very rare thing.

Dr Ravi Gupta is one of the OCHS’s first D.Phil. students and is currently Associate Professor of Religious Studies at The College of William and Mary (USA). 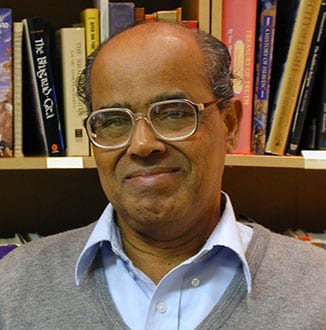