Before they were foxy ladies, they were lady foxes: Yoginīs and Ḍākinīs in Hindu and Buddhist Tantra

Abstract: Before there was “tantric sex” there was “tantric violence,” which saw tantric yogis venturing alone into cremation grounds and other fearsome landscapes in the dead of night to offer their bodies up to Yoginīs and Ḍākinīs, noisy nocturnal hordes of flesh-eating female creatures that preyed on the living and the dead. The early tantric scriptural record, which relates the conditions under which males voluntarily offered themselves up for possession and consumption by these ferocious shape-shifters, offers a window onto the unique tantric appropriation of a pre-existing South Asian (if not pan-Eurasian) demonological substratum. In this lecture, I juxtapose scriptural and art historical data to demonstrate the persistence of this demonological paradigm across South, Inner and East Asian tantric traditions. 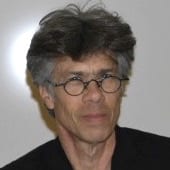