Nandana Chaitanya is initiated into the traditional Vedic brahmacharya ashrama ( a certain Vedic lifestyle). She has spent many years in the physical presence of great spiritual masters in India, immersed in sadhana, seva and self-study.

Sri Sathya Sai Baba of Puttaparthi asked her to move back to UK after 12 years in his proximity. In UK, she met Swami Dayananda Saraswati, a traditional teacher of Vedanta and started studying Vedanta under him. Her desire to study further and in depth manifested in the form of a 3 and 1/2 year course in which she was accepted, held in a traditional gurukulam in South India and run under the auspices of Swami Dayananda.

After completing the course, Swami Dayananda appointed Nandana ji as the Editor-in-chief of his Publications at Arsha Vidya Books and Publications Trust in Chennai, India. She spent three years here editing various spiritual texts in Sanskrit and English, from Upanishads to talks on the Bhagavad Gita.

She has now returned to England to share her knowledge of the shastra – Vedanta mainly, Vedic chanting, shlokas, kirtan etc.. Her life is dedicated to bringing the Wisdom of Vedanta and the Rishis to all spiritual seekers, regardless of background or culture.

Nandanaji is available to share her knowledge of the Bhagavad Gita, Upanishads and various other texts with all interested, and is also well-versed in mantra chanting, shlokas, kirtan etc.

Classes can be conducted in person (for a group of people in one location) or online! 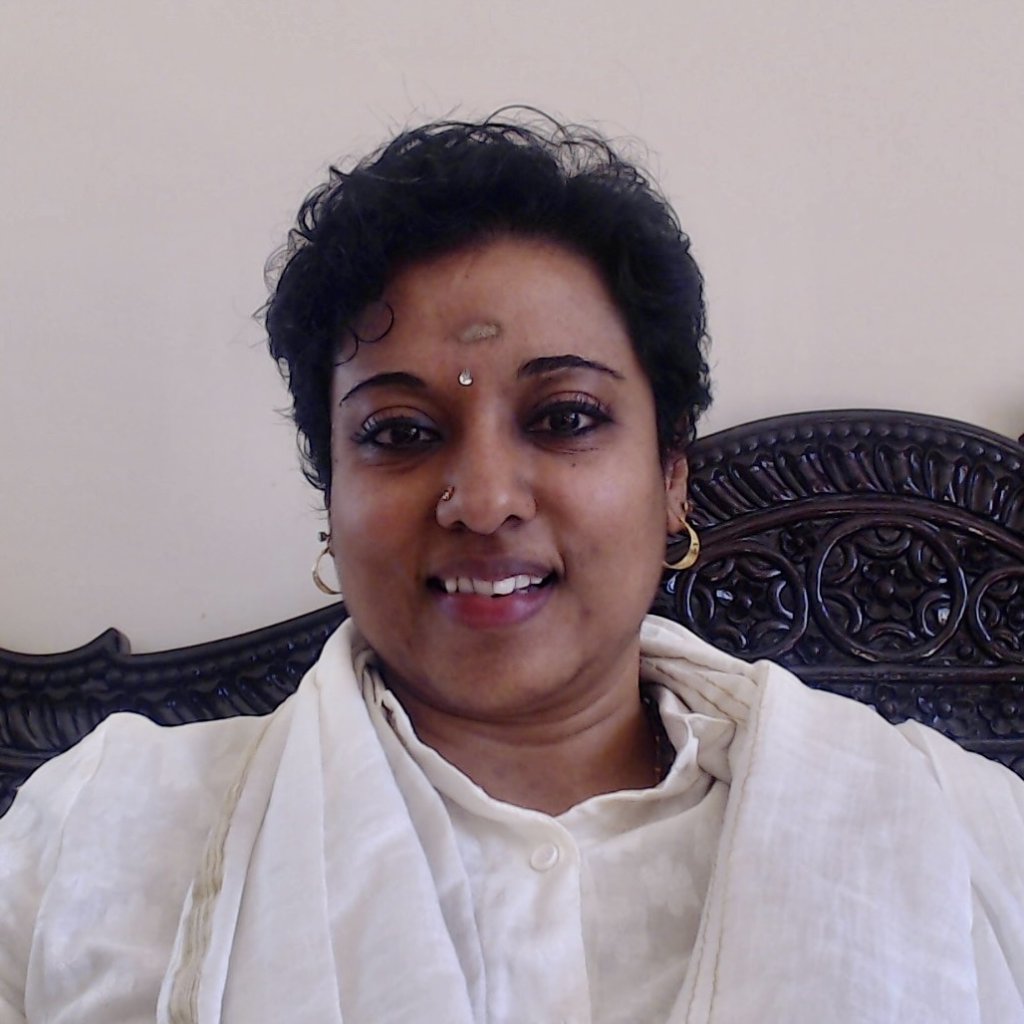