Assessing medieval Śākta history in the light of Indian inscriptions

Abstract: In studies of religious history in early India, inscriptions have sometimes been overlooked as conveying ‘mundane’ information about secular aspects of religion considered unimportant. Religious texts, philosophical and liturgical, and practices, on the other hand, have received comparatively greater interest as vehicles of doctrine, mythology and tradition. In recent years, scholarship on Indian religions has begun to show the importance of inscriptional material for a more precise historical and conceptual understanding of Indian religious traditions from the ‘early medieval’ period, Śaivism, Vaiṣṇavism, Tantric Buddhism and Śāktism. Not only do these pieces of material history offer basic information needed for the construction of any historical argument, such as dates, names, and places, but they can reveal wider conceptual and political narratives. How were deities conceived and described? How did temples grow powerful? How did local deities grow powerful? Why were donors making grants? Who were the donors? What kinds of donations did they make? What rituals were performed for the recipient deities? Which were the important devotee-lineages? And much more.

This lecture focuses on the historical insights epigraphical evidence offers for our understanding of the development of the Goddess’s worship. Between the 7th and the 13th centuries CE, many epigraphs, etched on copper or stone slabs, on cave-temple entrances, or on the bases of statuary, were commissioned by subcontinental rulers and communities, which formalized grants to powerful forms of the Goddess and asserted devotion to them. These sources attesting Śākta piety plot the process of patronage of the Goddess cult, the consolidation of political authority through such patronage, strategies involved in the formation of kingdoms, who the worshippers of the Goddess were, modes of her worship and the chief geographical centres of her influence. 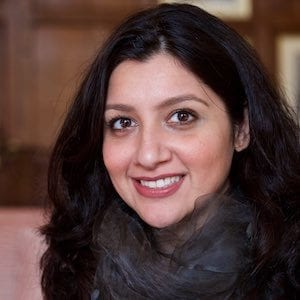