Our Research Fellow Dr Ionut Moise has just published a new translation of the Vaiśeṣikasūtra together with Professor Ganesh U. Thite.

Get the book here.

The book offers a comprehensive description of the fundamental categories of ontology and metaphysics, among which the category of ‘particularity’ (viśeṣa) plays a major role in the ‘problem of individuation’ of ‘substance’ and ‘nature’ in both Indian and Western metaphysics. The book should be read primarily in relation to Aristotle’s Categories and is structured in three parts. Part 1 contains a general introduction to Indian philosophy and the Vaiśeṣika system. Part 2 is a textual-philological discussion on the commentary itself, since its first publication in 1961 by Muni Jambūvijayaji up until the present day. Part 3 is a philosophical translation that reads Vaiśeṣika in the global context of Comparative Philosophy and makes the text accessible to all philosophy readers interested in ontology and metaphysics.

A new reference work and a fundamental introduction to anyone interested in Indian and Comparative Philosophy, this book will be of interest to academics and students in the field of Classical Studies, Modern Philosophy and Asian Religions and Philosophies.

1. Introduction to Indian Philosophy and Vaiśeṣika
2. Sources and Resources on Vaiśeṣikasūtra
3. Vaiśeṣikasūtra. Transliteration and Translation

Ionut Moise is a British Academy Postdoctoral Fellow at the University of Exeter, UK, and a Research Fellow at The Oxford Centre for Hindu Studies, UK where he teaches Comparative Philosophy. He is the author of Salvation in Indian Philosophy also published by Routledge (2020).

Ganesh U. Thite is Emeritus Professor at Tilak Maharashtra Vidyapeeth, Pune, and former Head of the Department of Sanskrit and Prakrit languages at the University of Pune. 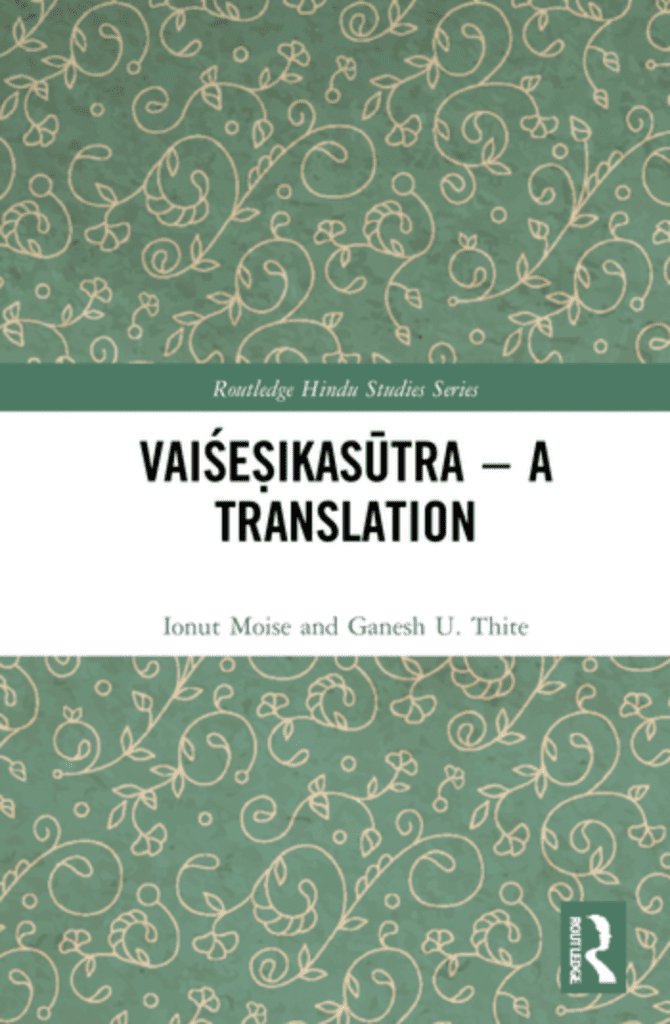