Kiyokazu Okita is currently an assistant professor at Faculty of Liberal Arts, Sophia University. He is also a research follow at the OCHS as well as a visiting faculty at the Center for the Study of Hindu Traditions, University of Florida. He obtained his D.Phil. from the Faculty of Theology and Religion, University of Oxford in 2011. His doctoral thesis focuses on Vaiṣṇava Vedānta in Early Modern North India. Based on his thesis, he published a monograph titled Hindu Theology in Early Modern South Asia (Oxford University Press, 2014). 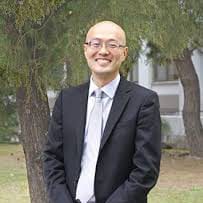