Professor John Brockington graduated from Corpus Christi College, Oxford, in 1963 and joined the Sanskrit Department at Edinburgh in 1965. In 1968 Professor Brockington completed his D.Phil with a thesis on the language and style of the Rāmāyaṇa. He remained at Edinburgh throughout his teaching career and is now emeritus Professor of Sanskrit in the School of Asian Studies, of which he was the first Head (1998-1999); he was also the first Convenor of the Centre for South Asian Studies (1989-1993). He was elected a Fellow of the Royal Society of Edinburgh in 2001.

He was the Secretary General of the International Association of Sanskrit Studies from 2000 to 2012 (and is now a Vice President) and he was the chair of the organising committee of the 13th World Sanskrit Conference, held at Edinburgh in July 2006. Professor Brockington has given lectures by invitation at many universities in India and Europe and was awarded the honorary Vidyāvācaspati degree by Silpakorn University, Bankok, in 2015.  He was a founder member the Executive Committee of the Dubrovnik International Conferences on the Sanskrit Epics and Puranas.

The Sanskrit epics and the history of Hinduism.

His research has focused on the Rāmāyaṇa in its many forms. Other research interests include the Mahabhārata, the Purāṇas and the development of Vaiṣṇavism. 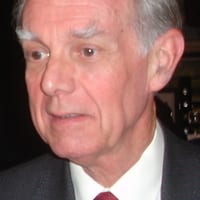