Dr Nicholas Sutton is from Birmingham, England. As Director for the Centre’s CE Dept. he is responsible for the development of courses, teaching provision, assessment of course work, online provision, and publications.

Dr Sutton obtained his BA Degree with First Class Honours from the Department of Theology at the University of Birmingham in 1991. He gained his Phd from Lancaster University in 1995, submitting a doctoral thesis on the religious teachings of the Mahabharata.
From 1995 to 2001, Dr Sutton was Full Time Lecturer in Eastern Religions at Edge Hill University College followed by at teaching position in Religious Studies for the Open University, and in Hinduism for the University of Nottingham.

Dr Sutton has contributed a number of articles on the Hindu tradition to academic journals, as well as chapters in edited books. In 2000, his extensive work on epic theology entitled ‘Religious Doctrines in the Mahabharata’ was published by Motilal Benarsidass in Delhi. In 2019, his new translation of the Bhagavad Gita was published by the Oxford Centre for Hindu Studies Mandala Publishing Series.

His work has also brought him into close contact with the Hindu communities in the North of England where he worked with Preston College and the local temples in organising courses of study in Hindu scripture and Hindu religious practice. 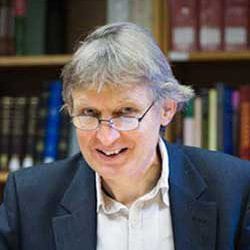