The OCHS’s talented Artist-in-Residence, Param Tomanec, has been busily documenting this year’s Kumbh Mela for us.

Param’s experience as a photographer and film-maker has been a great gift to the OCHS, supplying us with hundreds of images capturing the life of the Centre. Now he takes us to Kumbh Mela, one of the world’s great religious gatherings, where a reported 30 million pilgrims bathe at the rivers’ confluence on one day.

Click here to learn more about our Artist-in-Residence programme. 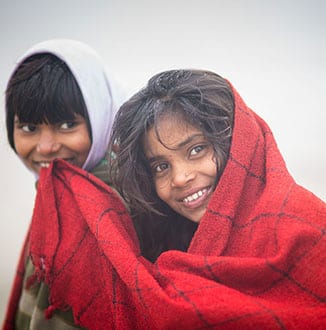 At 28, Prajwal’s first book, The Gurkha’s Daughter, a collection of short stories set in Nepal and among the Nepali diaspora, has been called “Crisp, inventive and insightful” by The Guardian. Of his own work, Prajwal says, “I wanted to give the world a taste of my culture, my world, my people. We have fascinating cultures, great stories, wonderful history, but much of our literature has been closeted because it has been written in Nepali.”

While at the OCHS he will be completing work on his first novel, Land Where I Flee, due for publication this year. Prajwal will also be blogging on life at the OCHS and giving public readings of his work in progress.

To quote Prajwal: “To have the time and space to work on my own writing while simultaneously being surrounded by discourse on the religion I was born into, and about which I know little, will be a wonderful experience. “

OCHS Director, Shaunaka Rishi Das said: “When Prajwal first came to us last year, it was clear that this is a young man of prodigious talent and an enormous future. It was immediately clear that this is someone whose work we would like to foster.”

Prajwal is from Sikkim, in India’s northeast. Recognised as a writer at a young age he moved to the US where he began work on The Gurkha’s Daughter. Following this he went on to complete a Masters in Creative Writing at Oxford. He has also served as Senior Editor of The Oxonian Review of Books and Senior Advertising Executive at The Village Voice. 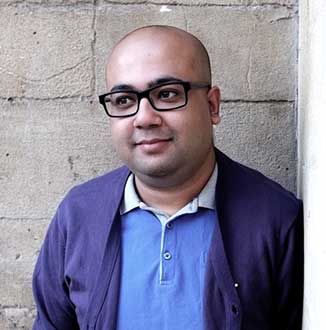